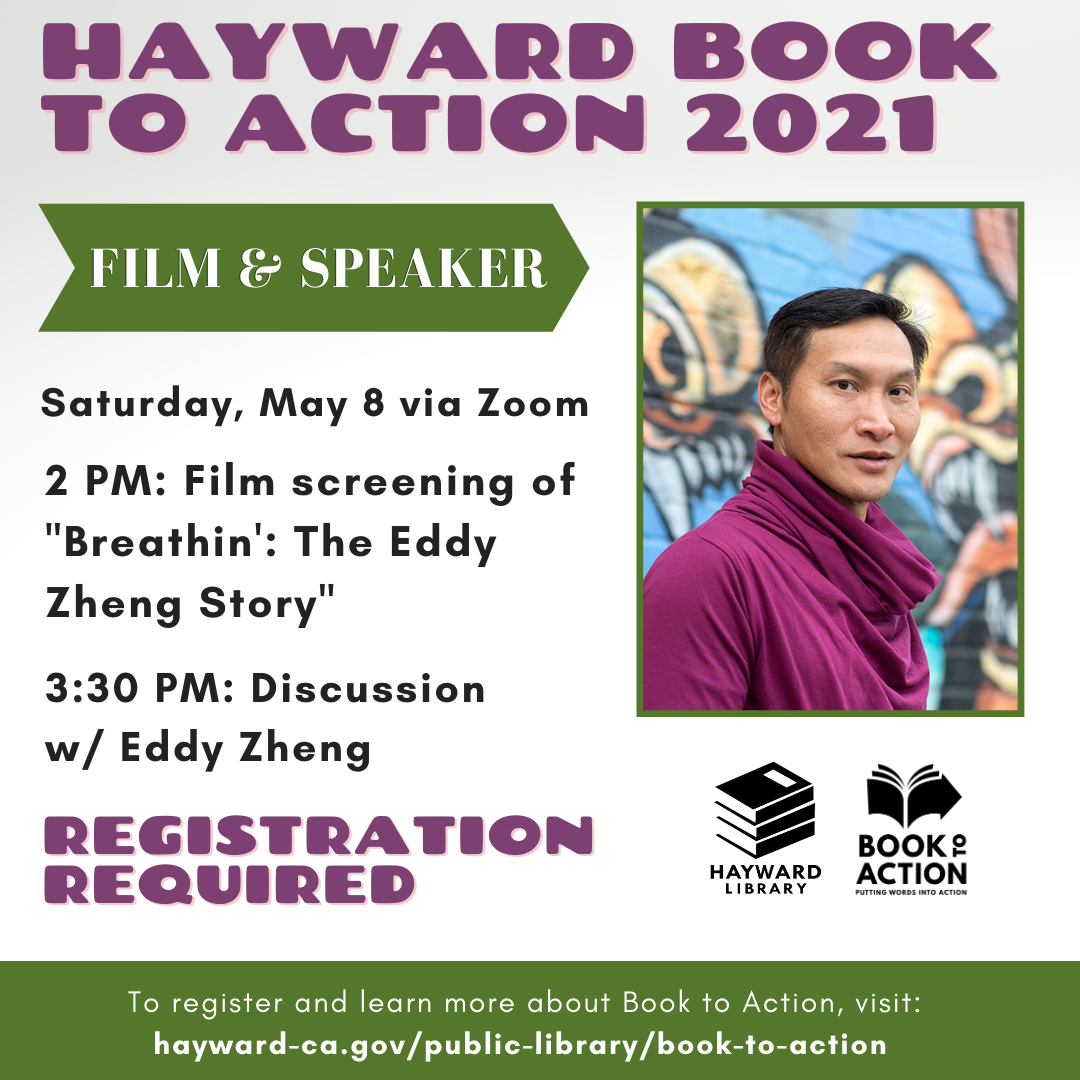 Teens , Adults
Please note you are looking at an event that has already happened.
Registration for this event is no longer open.

Join us for this free, two-part event. Watch the film with us at 2 pm, or, use your Hayward Public Library card to watch the film at your convenience on Kanopy: https://www.kanopy.com/product/breathin-eddy-zheng-story -- and then join us at 3:30 pm for a live conversation with Eddy Zheng.

Registration for this free event is required - the Zoom event link will be emailed to you by May 7.

Arrested at 16 and tried as an adult for kidnapping and robbery, Eddy Zheng served over 20 years in California prisons and jails. Ben Wang's BREATHIN': THE EDDY ZHENG STORY paints an intimate portrait of Eddy -- the prisoner, the immigrant, the son, the activist -- on his journey to freedom, rehabilitation and redemption.

Eddy Zheng is a nationally recognized leader in the policy battle for prison reform and youth violence prevention. He is Co-Director of the Asian Prisoner Support Committee, serves as Alameda County Juvenile Justice Delinquent Prevention Commissioner and Southeast Facility Community Commissioner, and Founder and President of the New Breath Foundation, among other roles. In recognition of his work, Zheng was selected for “The Frederick Douglas 200,” a group of 200 Americans who best embody the spirit and work of Frederick Douglass on the occasion of the abolitionist’s bicentennial. While Eddy Zheng’s string of accomplishments makes him a highly decorated community champion, his start in life was anything but auspicious.