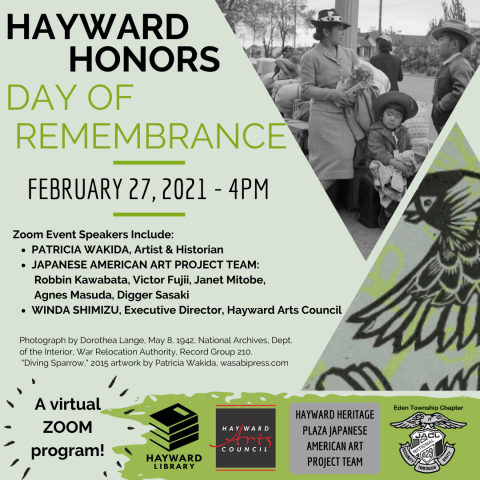 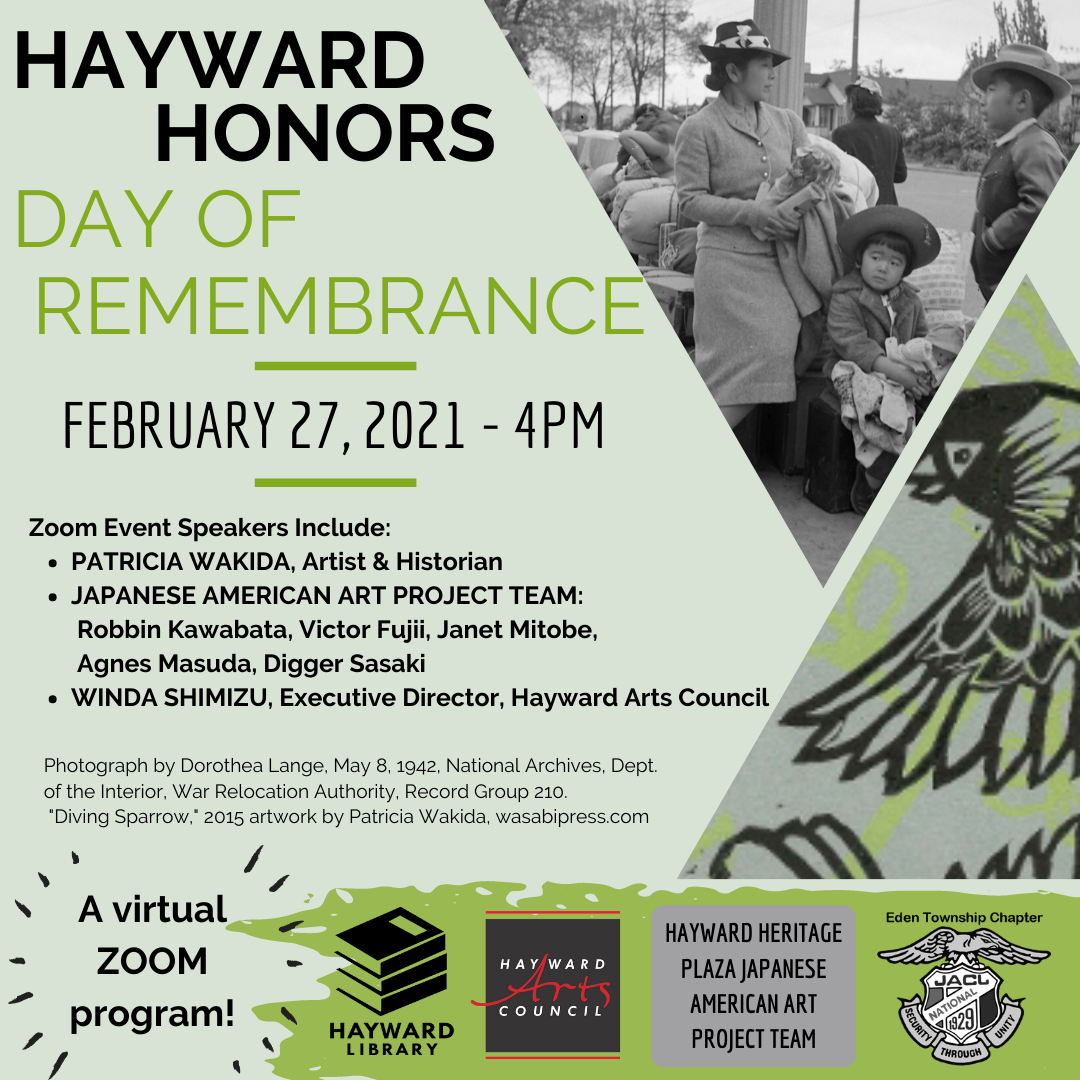 Day of Remembrance is an annual event in observance of the incarceration of Japanese Americans during World War II. President Franklin D. Roosevelt signed Executive Order 9066 on February 19, 1942, forcibly removing all Americans of Japanese ancestry off the West Coast.

The City of Hayward has selected artist Patricia Wakida to create a commissioned work of art that will be installed with a historical marker in the Hayward Heritage Plaza at Watkins Street and C Street. This is a historic site from which 600 Japanese Americans from the Hayward, San Leandro, and San Lorenzo areas were removed from their homes and taken by bus to the Tanforan detention center in San Bruno, California and later, to the Topaz camp in Delta, Utah. Join us as we introduce Patricia Wakida, honor Day of Remembrance, and discuss the future public art that will be dedicated to the Japanese Americans of our area.